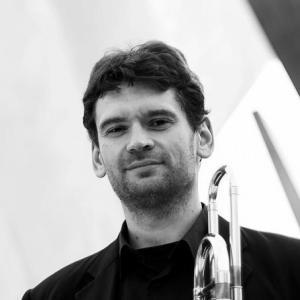 Graduate of M. Karłowicz State Music School in the class of Stefan Śliwa. He graduated from I. J. Paderewski Academy of Music in Poznań with honours in the class of Jerzy Czajka (senior lecturer). He further honed his skills at the Department of Jazz and Popular Music at K. Lipiński Academy of Music in Wrocław, in the class of prof. Grzegorz Nagórski, as well as at master courses and workshops conducted by such trombonists as: Ardash Marderosian, John Marcellus, Elliot Chasanov, James Miller, Mike Svoboda, Zdzisław Stolarczyk, Zbigniew Starosta. He has also participated in workshops conducted by the following trumpeters: Wynton Marsalis, James Thompson, Piotr Wojtasik, Roman Gryń.

He is a lecturer at the Department of Jazz and Film Music, and the Department of Popular Music at I. J. Paderewski Academy of Music in Poznań, and he also works as a teacher in the State Music School of the first and second degree in Poznań. In 2000-2011 he was a trombonist of the symphonic orchestra of S. Moniuszko Grand Theatre in Poznań, and since 2012 he has worked and T. Szeligowski Poznań Philharmonic Orchestra as the first trombonist. He is also a member of the band DizzyBoyz Brass Band.