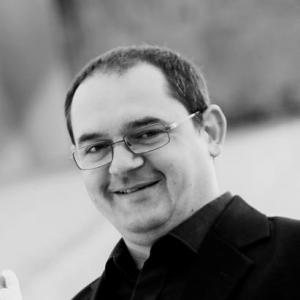 Tomasz Kaczor - graduate of the I. J. Paderewski Academy of Music in Poznań in the trombone class of Edward Chmiel (senior lecturer) and Maciej Łakomy (assistant). He further honed his skills at master courses conducted by Zdzisław Stolarczyk, Jonas Bylund, Grzegorz Nagórski, Roman Siwek, Elliot Chasanov, and James Miller. Since 2002 he has worked as a bass trombonist in Stanisław Moniuszko Grand Theatre in Poznań, with which he has participated in numerous premieres and national, as well as international tours.

He is a member of the following bands:

He cooperates with the following orchestras and bands:

In 2005, as a part of Big Band, he participated in the recording of a program for the 30th anniversary of artistic work of Hanna Banaszak, Miłość Ci wszystko wybaczy and during the Charles Aznavour tour in Belgium.